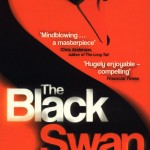 If you lived in Europe before 1697 you knew that all swans were white.  No one in the world had ever seen anything but a white swan so it stands to reason that you would think that all swans were white.  But in 1697 Dutch explorer Willem de Vlamingh (Will to his mates) sailed into Western Australia.  Will and his crew saw an amazing thing  – black swans.  This was an unimaginable sight and when his boat got back to Europe, Europeans were forced to revised forever the concept of “swan”. In time, black swans came to seem ordinary.

So as Taleb explains this a common pattern.  Just because you have not seen a black swan, does not mean there are no black swans.  Unlikely, incomprehensible events seem impossible until they happen.  Once they have happened, in retrospect they are explainable and can even be seen as almost inevitable.  Taleb explains how the human brain is hardwired to think that way.  We all know that the assassination of Archduke Ferdinand was the triggering event of WW1 don’t we. Well a review of newspapers at the time reveal that this outcome was by no means widely predicted or even likely.

Take the successful businessman or successful company or successful business model.  When we look at the history of course we can see the necessary steps that may have been successful.  This is a criticism that can be applied to the book Good to Great.  In that book they applied a criteria to companies to determine how they became great after a period of being merely good.  Only 12 companies met the criteria that they applied. They analysed these companies to determine what the common features were. This makes perfect sense until you stop to consider that what they have not done is to undertake an investigation to see whether other companies that may also had the same characteristics achieved to a lesser extent or even failed.  Of course if they had done this work it may have revealed that the supposed success criteria they selected may not be causative at all.

There are number of ways that remind us that simplifying schemas that can lead to error.  The human mind tends to smooth away the rough features of reality.  Taleb talks about the way we look at statistics and misunderstand them.  For example one hit movie can have sales that exceed the median value by a significant extent but modeling a sample with a normal curve is misleading – thereby making the whole notion of median value meaningless.

So quite often the extreme events are not outliers they in fact determine the shape of the curve.  Sometimes this happens because there is a social feedback loop.  The great movie that everyone loves becomes the movie that everyone wants to see and there is a viral affect that drives the popularity of the movie higher and higher.  The problem is that nobody is very good at predicting when outliers will occur and what their magnitude might be.  So in a nutshell what tends to happen is that humans follow the herd and look to “experts” for guidance.  So the great majority of this tend to think that the world is much more oddly in uniform that it often is.

Usually this works until something like 9/11 happens.  And the thing that I have learned from other reading myself is that good things usually happen slowly while bad things can often happen very fast.  So the key takeway from Taleb’s book are that we should cultivate the following “epistemic virtues”

Keep your eyes open for black swans.  Be prepared to revise your beliefs when confronted with contrary evidence.  Be prepared to say “I do not know”, “I was wrong”, or “It did not work”.  Know when you can be a fool and when you can not – are you trying to predict what is on the birthday cake your child wants, or the price, 15 years hence of  a share comprising a major part of your superannuation portfolio. The price of being wrong in the latter case is pretty significant.

Know that in many cases, you cannot know.

As a forecasting period lengthens, prediction errors grow exponentially.
Expose yourself to “positive black swans” and hedge against negative black swans.
“Bet pennies to win dollars”
Look for the non-obvious.
Avoid dogmatism – think for yourself, avoid nerds and herds.  In the opinion of Taleb this universe, this planet, and your life were highly unlikely.  But they happened.  Enjoy your good fortune and remember that you are a black swan.

What are you going to stop doing in 2011 ?
Book Review: What Got You Here Won’t Get You There